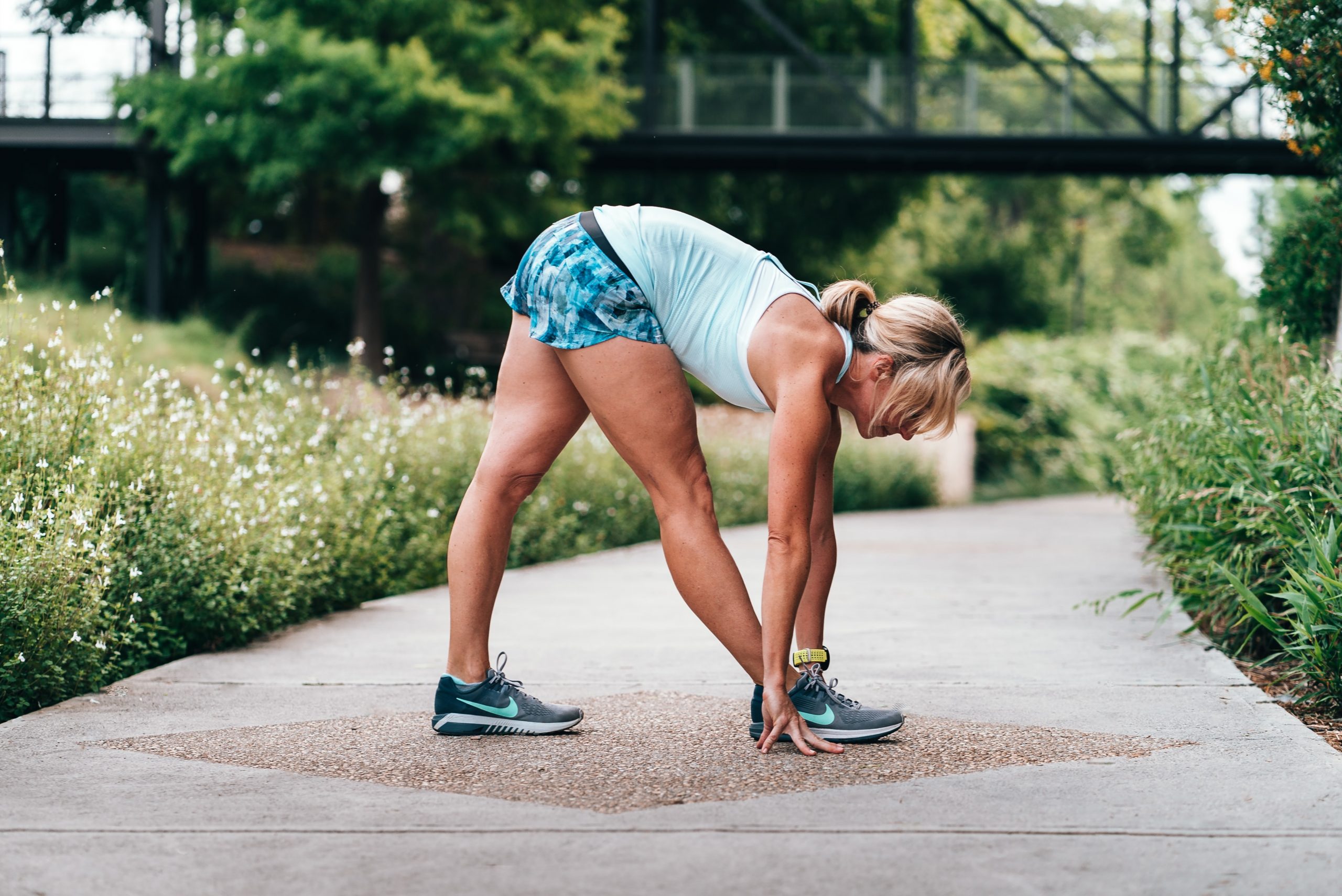 Stretches for Back Pain

As a physical therapist in Boise, I see too much back surgery. Too much. Take our friend, who I’ll call Teddy, as a prime example. Teddy was trying to get his fitness on when he heard his back pop and felt extreme pain. He couldn’t walk. He was searching for fixes like stretches for his back pain with no luck. The man could barely crawl. Having two young kids and starting a new business venture, he felt this inner instinct to act fast. Without hesitation, he went to his primary care physician. The next thing he knows (two days after the accident), he’s getting a microdiscectomy.

Six painful months later and Teddy returned back to normal. Unfortunately, this is not uncommon. What’s even more unfortunate, this shouldn’t happen. Discs normally heal within 6–8 weeks. Teddy endured pain for 6 months AFTER his surgery. Luckily, there’s a better way back (pun intended). However, in order to understand the better way, basic anatomy of the spine is needed.

The spine is composed of several bones that start at the base of your neck all the way down to your tailbone. Each one has a hole (foramen) to house and protect the spinal cord. They also contain little protrusions for muscular and bony/joint attachments. Between most of these bones contains a little disc, which is made up of both tough ligamentous tissue and a dense liquid innard. These discs, take up 86% of the load that is forced upon the spine in the frontal plane. The other 14%, is distributed among little joints called zygoapophyseal (or facet) joints. It’s easy to see that the discs tend to be the main culprit in back pain. But when injured, they can also be the culprit of buttock, knee, and even foot pain.

Vertebral discs, much shaped like a delicious creme-filled chocolate donut, can too have the inner liquid (nucleus pulposus) creep and protrude outside the outer fibers (annulus fibrosus) after enough chronic or acute force has been applied. These injuries can show up on imaging like MRIs, but small enough lesions (that still cause pain) won’t. This alone can be frustrating for a patient when they get X-rays and MRIs on their lower back only to show normal findings. I see this a lot. A lot. Take another patient, whom I’ll call Ashlee, discover that her imaging led to a misdiagnosis and ineffective treatment.

Ashlee is a young active female who had her last child a couple of months prior to seeing me. After each of her pregnancies, she would feel an intense, 10/10 pain in her pelvis that would wake her up. Her GP prescribed wearing a pelvic belt to stabilize her pelvis after finding nothing out of the ordinary with imaging except for a slight abnormality on the left side. Nope. Ashlee’s pain got worse with the belt on. In her words she describes the belt, “I ripped that thing off as fast as I could once I felt the pain.” Then she tried some steroidal anti-inflammatories. Nope.

There was no change in her pain. By the time Ashlee came to me, she was told the next step would be bed rest and a walker. SHe had been performing her stretches for back pain. Now, the problem I see with this is twofold. One, resting in her bed is the same exact position that causes her pain. And second, Ashlee has multiple kids at home. There is no way Ashlee could comply with using a walker around the house and at the park while holding an infant.

After figuring out Ashlee’s pain generator with a thorough examination, it had a complete resolution in seven days. It resolved so quickly because she was able to find out and avoid her triggers and get into positions that let her disc heal. Triggers are certain movements or activities that provoke or make symptoms worse. With low back pain, triggers are important to avoid to allow the disc to heal. Imagine accidentally kicking the corner of a table with your little toe. I know, your toe started to hurt with an imaginary kick. Mine did too. Now imagine kicking every corner you walk by 75 times a day just to make sure your toe still hurts. This is a prime example of a trigger. Constantly annoying and agitating your little toe will not only keep the pain steady, but the poor little guy won’t have time to heal. The same principle goes for the back or any musculoskeletal injury.

What triggers do I see most commonly with low back injuries? Some are really clear and some require digging. The clearest back trigger is stretching (the hamstrings in particular). Yes, stretches for back pain can set you back. “Tight hamstrings” is almost ALWAYS a sign that you’re hamstrings aren’t tight, but rather, stretching a mechanically sensitive nerve caused by a disc injury. Yeah, this sounds crazy, but broken down, makes a lot more sense. When you try to touch your toes while standing, there is much more than your hamstrings being put on stretch.

In reality, the hamstrings aren’t nearly as stretched as you might think. The reason why it is most likely a nerve is that the nerves that come out of your back are attached from your noggin all the way down to the bottom of your feet and a forward bend puts those bad boys on full tension. Now, you normally don’t feel your nerves being tensioned. You only feel the stretch behind your knees is because it has become mechanically sensitive. This sensitization has occurred by the injured disc releasing irritants that, you guessed it, irritate the surrounding nerves, creating the “stretch” sensation. Stretches for back pain are not the answer for your pain.

Try this little test and see if you feel a neural tension sign. Lie down on your back. Now take one of your legs (you choose) and point your toes and foot up towards your nose. Now, lift your entire leg up, keeping the knee straight and locked out. Is there a stretch? Now tuck your chin until it touches your chest. Does the tension get better or worse? rest your head back on the floor/bed. Point your foot and toes down away from your nose. Does the stretch go away? This is a test I use to check for neural tension. If you feel stretching with changes as you move your head or feet AND you have back pain, stretching will be a huge trigger. YUGE. So stop it. Stop doing stretches for back pain.

Recovery Positions (Not Stretches for Back Pain)

The constant load can irritate the disc-like repetitively tugging on a cut on your skin (a trigger, say whaaaat). When I work with patients, I find a recovery position that will almost immediately reduce the pain in the back. That position is injected into a patient’s day for 10–15 minutes, 2–3 times a day. Amazing things happen when a patient follows this protocol. The disc heals; disc and neural desensitization occur. Patients heal faster. And that is the goal. Okay, one last patient example. I’ll call him Douglas.

Douglas was dealing with low back pain for 8 months. He was performing stretches for his back pain. He went to several other practitioners, including other physical therapists. In his last stint, he received 2 injections into his back that did not work. On the last injection, the surgeon told him he should get one more. If the last one worked, he will need surgery. If it didn’t, well, he would need surgery. Feeling like a dog that had been cornered by a very expensive knife that would be put in his already painful back, he looked for an alternative. As he came into the clinic, he felt desperate. He looked at it too. He was grimacing and out of breathing because of his pain. Douglas was not happy either. He had spent over $3000 US dollars in medical expenses, and he still hadn’t met his deductible.

An Alternative to Surgery

I performed an in-depth examination and found a recovery position that took all of his pain away. After three sessions and Douglas staying consistent with his recovery position every day, he was 100% better. His grimace was gone and his breathing was easier. I remember him telling me he felt like a new person. This is not a rare occurrence for people experiencing back pain. It’s refreshing for them to NOT feel pain and the necessity to push through it every day. That is the power of a recovery position.

There are times that surgery is indicated for low back pathologies, but I believe it is a fraction of the surgeries that are currently recommended. There is an alternative. Spinal discs heal if you stop irritating them. Find your triggers, find your pain. Remove the triggers, remove the pain. And always remember, stop stretches for back pain.

Schedule your next appointment HERE