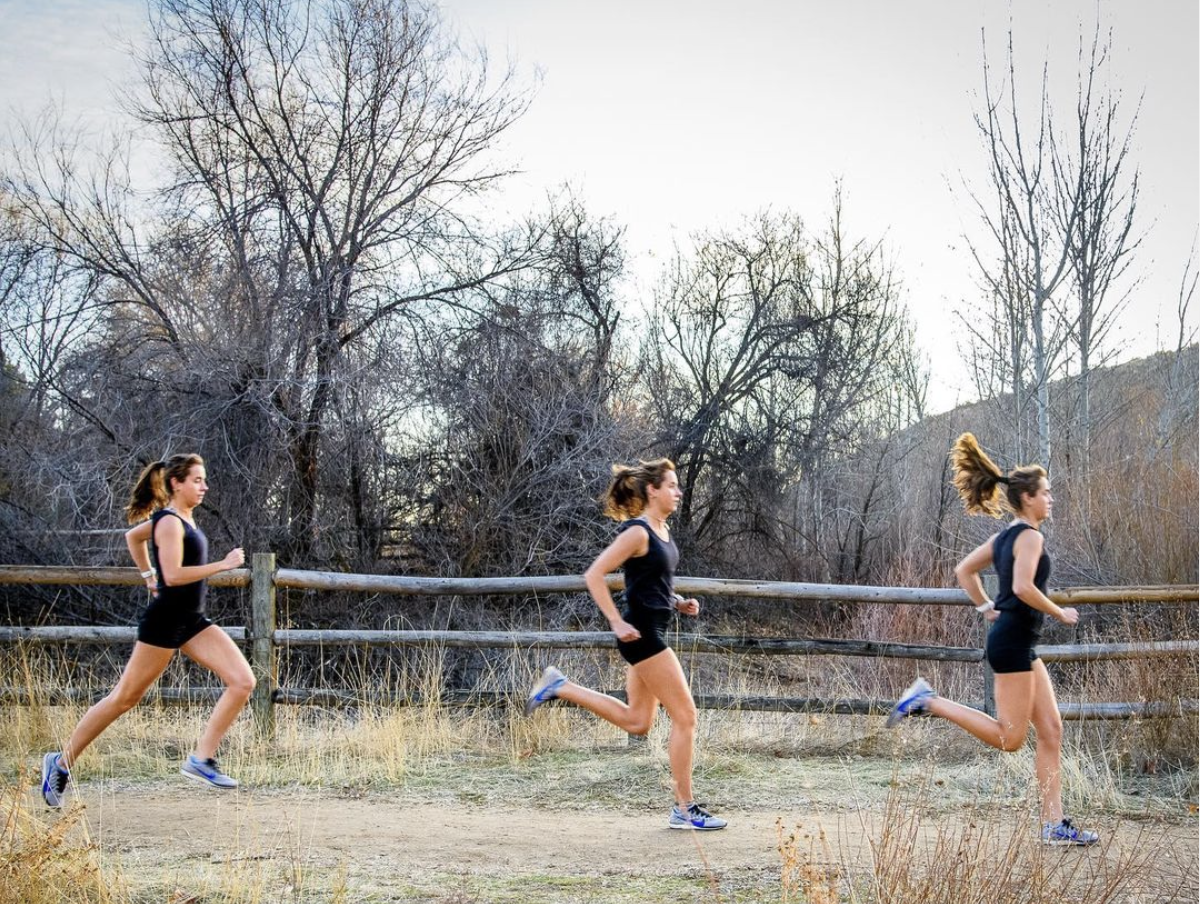 Lara Hamilton is one of the top runners in the Treasure Valley. She is from Sydney, Australia, and currently attends Boise State University. She boasts a 20:32 6k that she ran in her 19-20’ season with the Broncos at the NCAA West Regional. Her mom is a sports physician down under and her dad is a cross country skier. She decided to follow in her dad’s footsteps and ski as well. She started running to cross-train and entered a race spontaneously one day, in which she ended up winning (although she didn’t admit to it at first. Instead, her response was she “did well”). Her mom suggested getting a running coach because of the win and since then, she has continued to run and impress.

For the past couple of months, Lara Hamilton hasn’t been consistent in mileage due to multiple quarantines, team shutdowns, and injuries. However, normally she runs 50-60 miles a week. During the recent time off, she has decided to go with other activities- skiing, biking, using the elliptical, walking, and some running.

At Zona Physical Therapy, we suggest you are aware of the injuries you’re more susceptible to by looking at current and past injuries and designing a plan. Before coming to Boise, Lara tore her left proximal hamstring tendon with an accompanying stress reaction around that site. This was December 2018. She ran the next season with it still torn. Lara did a lot of rehabilitation to get better, but she states that her other side is beginning to have troubles. She contributes this to having longer femurs, which also gives her an advantage in running. Besides her hamstrings, she can’t report any other injuries besides an ankle sprain that lingered for more than a year. It didn’t stop her from running and it didn’t get worse, but it was present with every step.

Sometimes, her injuries would take the enjoyment out of her sport. However, whenever she felt like she got to that point, she would take a timeout to do other things, stay fit, and get back into feeling healthy. She finds this way optimal because she feels she can jump back into her passion and work fully back into it. She gives an example of her dad. If he’s taken out of the ocean for long enough, he would “lose his crap” because he can’t surf. Losing a part of her identity due to an injury isn’t worth it to her, but taking time away to get healthier is.

Beyond running, skiing is her go-to when she can get to the mountains above Boise. She likes downhill skiing, but her preference is Nordic Skiing. If she had the choice, she would cross country ski every day. Other forms of her cross-training are stationary biking, swimming, and an elliptical is her least favorable.

Right now, she is in her fit phase of training. She plans to not run in the first couple of races, due to the possibility of contracting COVID or another quarantine (she’s been in 2 14-day shut-ins). She does a lot of adventuring, but nothing really strict in terms of racing. When she feels comfortable traveling again and she can race without worry, she’ll start to pick up her stricter regiment.

Her “little things” she does to help with injuries are: follow prescribed exercises, takes care of nutrition, and sleep. She told me about a patient her mom treated. The athlete was only running 30-40mi/ week and won world championships with cross-training supplementing her reduced mileage.

She finds that many runners tend to lean on the idea that more is better. However, she sees that this theory only lasts if you can handle the “more mileage”. Many runners can’t handle the load and start to become injured. She knows athletes that race better by training as triathletes or nordic skiers than running alone.

Beyond Strava (find her profile HERE), she has a set number of people she runs with, which include her team, BAR, and friends who ski. She really just loves to get out and be adventurous outside.