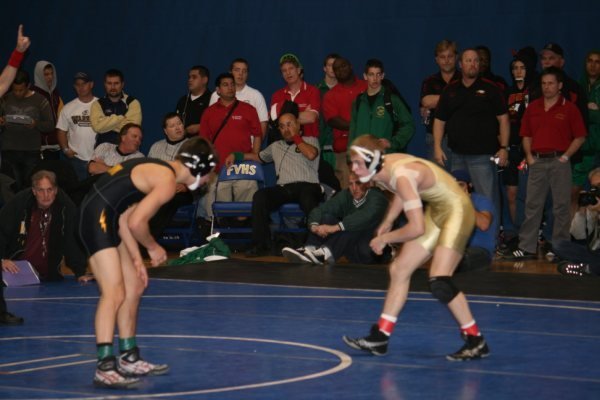 How to get Strong

I started wrestling around the 3rd grade. Having two older brothers who wrestled, it almost became necessary to learn. I had to survive and defend the inevitable moves that were being tried on me night after night. Turns out, no matter how much you know, an 8-year-old can never defend against a 14-year-old. But I did learn to love wrestling and kept at it all the way through high school. As an undergrad student, I was a strength and conditioning coach for the wrestling team at Moses Lake High School, and now I currently help as an assistant coach for Moutain View High School in Meridian, Idaho.

If I could do my wrestling career again, I would change some things. Not a lot, but a few. I wouldn’t run as much as I did. In high school, I ran cross country in the off-season and I believe that diminished some of the strength and power gains I had during my wrestling season. I was running up to 60 miles a week! I had a great aerobic engine, but my strength and power lacked. Instead, I would have done more weight lifting and shorter, more explosive workouts. Recently, I have pondered what movements and programming would best benefit a wrestler. In other words, I have thought about how much better I could have been with a great strength training program during my off-season.

I have 3 strength exercises that I believe every wrestler should do year-round that will give the maximum benefit translating to the sport of wrestling. They are:

The deadlift is considered one of the best movements for all athletes due to the amount of weight that can be pulled as well as the full-body connection required for it. It encompasses a movement that we use every day (bending at the hip) and using it to lift a maximal amount. Beyond the movement pattern, the force required in almost every muscle gives a stimulant for muscle strength and growth. This is especially true for the posterior chain, which is required for many offensive moves in wrestling. A high crotch or double leg mimics the deadlift very closely. If you can lift 3x your body weight in a deadlift, both the high crotch and double leg should be easier to execute on the mat. If you are going to use deadlifts in your workouts, use low reps (1-5) and heavy weights (a one-rep max goal should be 2.5-3x bodyweight)

Along with the deadlift, many moves mimic the front squat- standing up with an upright chest, shots, positions in the switch, and your stance. Strong legs are necessary for finishing shots, stand-ups, sprawls and scrambling. Front squats will make not only your legs strong, but give you the capacity to explode in a better position. A front squat will challenge your quads, glutes, hamstrings, and core. When using the front squat for strength training, keep reps low (1-6), heavy, and use tempo or pauses in the bottom of the squat. Try and aim for 1.5-2x your body weight.

Have you noticed that almost every offensive move in wrestling requires a pulling movement? Every shot requires a pull of a leg. Every cradle requires the arms to pull your opponent’s head and leg close. A tilt needs a tight waist or the 2-on-1 pulling your opponent close to your body. A half-nelson is literally pulling the head down while you push his/her body over. Pulling, pulling, pulling. That’s the pullup. You should do a lot of pullups. Perform many variations. Do pull-ups as heavy as possible. Hold at the top. Hold at the bottom. How many pull-ups should you be able to do? About 15-20. What about a 1rep max weighted pullup? it should be around .25x or .5x your body weight.

Implementing these three movements will tremendously help your strength for wrestling. All three mimic wrestling moves and provides the biggest bang for your buck. Use them heavily in the offseason and you’ll notice how your strength on the mat improves. If you’d like more reading, WRESTLE AND WIN by Dr. Steve Kimpel is a great resource.

Want to work one-on-one with a Physical Therapist? Schedule HERE