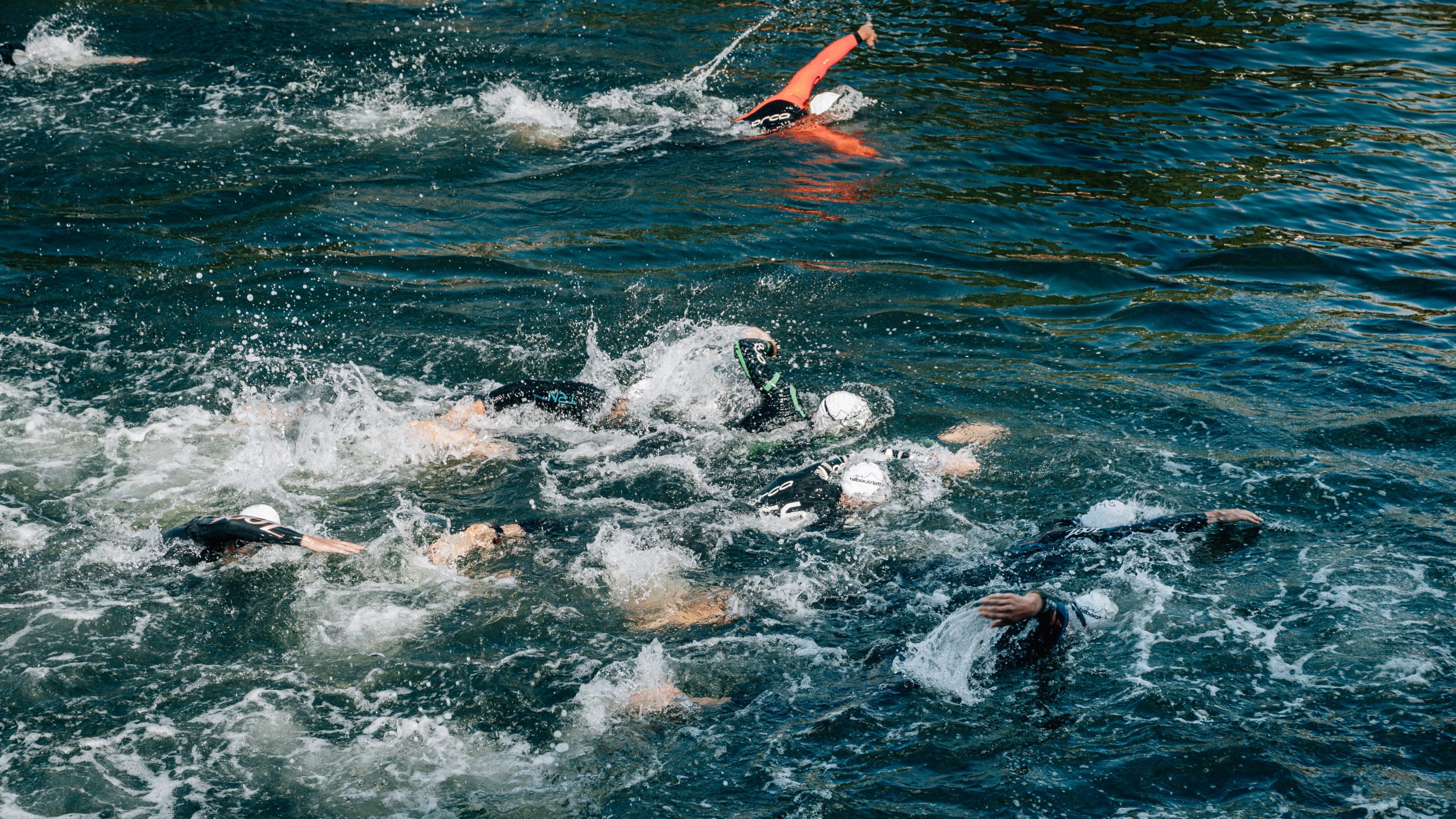 By Seth HamptonMarch 8, 2021No Comments

Come this summer of 2021, Megan Clark will be competing in her first full Ironman.

A few years ago, Megan didn’t even own a bike. “I was so intimidated by buying a bike and figuring out how to maintain it…Competing in a full Ironman was something I just thought I would never do.”

Megan Clark originally hails from Seattle before moving to the Boise area in spring of 2019. She’s been really enjoying her time in Boise and loves how much outdoor recreation is available. “I like being able to finish up work and then get some exploring in too.”

Her sense of adventure and desire to explore is part of what led her to the triathlon community.

She had several years of running experience before a trip to the Netherlands changed how she viewed cycling. She noticed that everyone there seemed to be riding bikes, and it felt so normal and common that she returned home believing she could do it too.

In a short time she had signed up for her first sprint triathlon in 2017. She looked for other sprint triathlons and could only find one more scheduled that season…and it was the very next weekend.

After back-to-back sprint triathlons, she, “just kind of fell in love with it.” The next year she completed her first Olympic triathlon and soon afterwards finished a half Ironman.

Megan credits her early success in the triathlon races to her running experience. She had been running a half marathon every month for several months before her first sprint, which she feels like gave her a great foundation for triathlons.

The golden question: how does someone with a full time job and other commitments fit in the time to consistently train for triathlons?

For Megan Clark, it’s all about planning one week at a time. She sits down at the beginning of the week and plans out when she will perform her training sessions, a process she refers to as, “tetris-ing.”

She generally trains 8–10 hours per week, but will bump it up to 12–15 hours during peak training periods in preparation for events. Her weeks usually include 2–3 swims, 3 biking sessions, and 3–4 runs.

“If I have an easy run, then I’ll have a more intense bike and do those two sessions on the same day. Or if I have a harder run, I’ll make that a standalone session or couple it with a swim since it’s less impact.”

Amidst all the training, she squeezes at least one rest day into her weekly plan.

Megan has been working from home during COVID restrictions at work which has actually made training a little easier this year. “I can get in a run on my lunch break and then come back and get right back to work. In the office, there’s just not as much time to do that.”

Staying consistent with a grueling training regimen week after week is no easy task. Megan gave some great insight on two keys to her success.

First, she finds it critical to stick to her plan, especially when it comes to her “easy” workouts. “Sticking to the easier workout is something I find challenging. When you know it’s going to be a hard workout I think it’s easier to psych yourself up for it…but you need the discipline to stick to the slow pace when you’re feeling good and want to go faster.”

She believes the “discpline to stick” to the easy workout and the planned pace helps her decrease her risk for injury as well.

Megan Clark has also found that training buddies have been a tremendous boost in helping her accomplish her weekly plan.

“Right now we’re doing our long rides on the trainer inside. That can be rough to be looking at a 3 hour ride when you’re not going anywhere. But knowing I have friends that I’m scheduled to meet up with helps me get through it and keeps it more fun and interesting than doing all the workouts by yourself.”

Consistently training for the last three years has changed her mindset about the training itself. For Megan, it has become, “…more of a lifestyle than an event I am training for.”

Handling pain and fear of injury

Megan says that in the past she’s been injury prone. “When I first started running I ended up with a stress fracture and ran on it for around 9 miles because I wasn’t sure if it actually hurt.”

The balance between knowing when you are hurt and need to stop and seek help and when you are just really sore can be a challenge for a lot of athletes. Especially if you’re new to the sport. Megan Clark experienced this same challenge.

“I was worried when I first started that I was being lazy or didn’t want to do my workout, but the longer I’ve stayed active the more I’ve been able to trust myself to know the difference.”

Considering her history of injury, she also weighed in on overcoming the fear of potential injury during training.

“Having strategies to keep pain at bay and keep running is super helpful…and the discipline to stick to the plan. I had a long run today and felt really good and I wanted to keep going, but I know I have harder workouts later in the week so it wouldn’t have been a smart move.”

Using the right strategies and sticking to her plan helps her feel confident that she is doing the right thing and isn’t as likely to experience an injury.

Competing in a full Ironman didn’t become a goal for Megan until she came across a post on a triathlon forum. An athlete had published their average paces from their first full triathlon. “It was sort of an aha moment where I realized, ‘Wait, those are my paces. I can do this.”

With her first full triathlon coming up, Megan admits, “I alternate between being super excited and super terrified. That’s where trust in your training comes in. I really like the structure of training because it gives you that sense that you’re working towards something and if you stick to the plan you’ll be able to accomplish it.”

You can keep up with Megan’s triathlon training journey on Instagram: watch_megs_tri.

Want to schedule an appointment for Physical Therapy? Click HERE