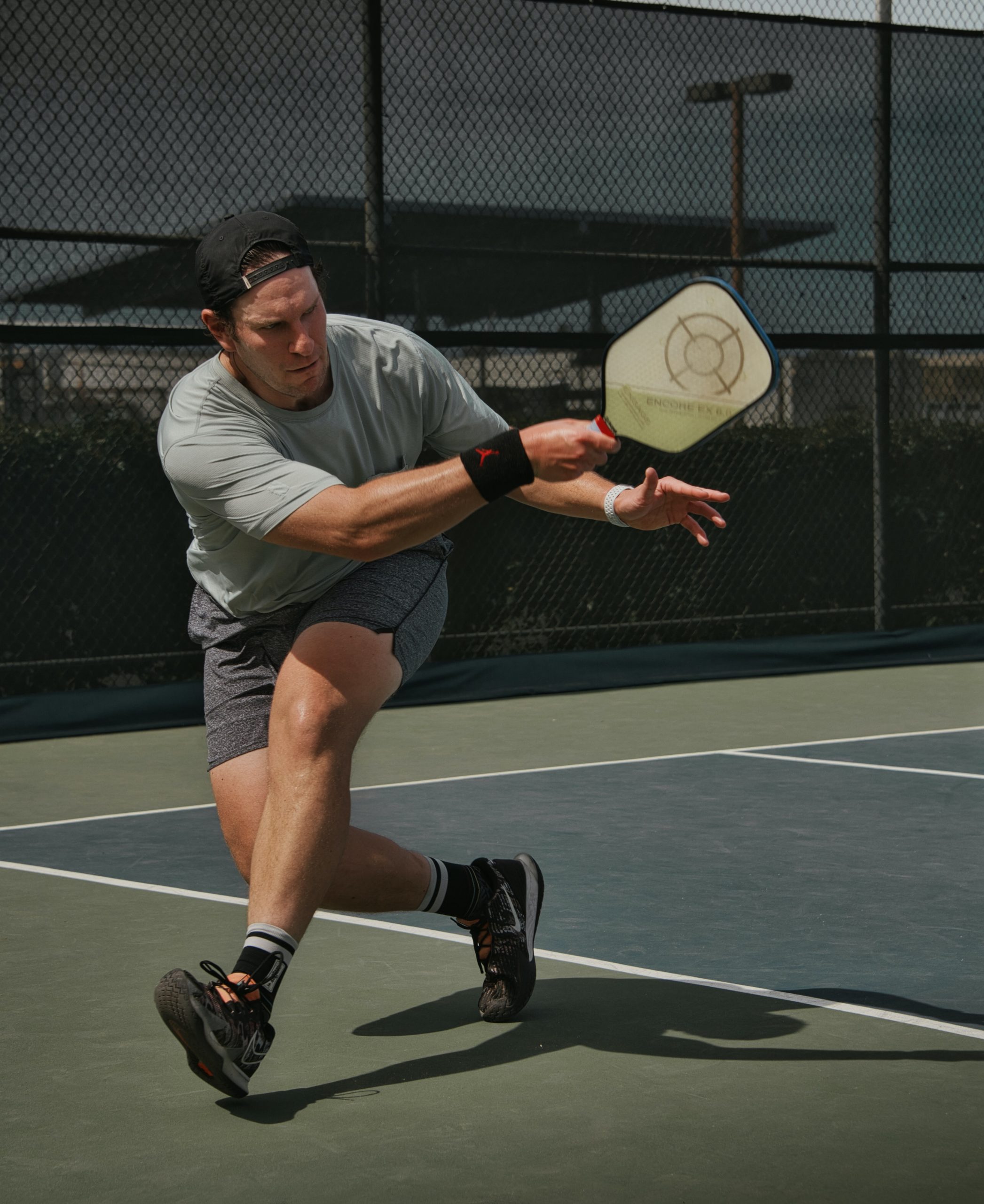 Pickleball is making its mark through the Treasure Valley of Idaho. Settlers Park, HomeCourt, Hobble Creek, and Eagle Tennis Club are large hubs for this popular sport. Pickleball is easy to pick up, but difficult to master. Many retired adults find it a great way to stay active. However, this lends to preexisting or new injuries popping up. Knee pain during pickleball is one of the most common injuries we see.

Usually, a quick training aid can help fix the issue. For beginners, understanding training load and volume is a metric that should be monitored. This doesn’t mean you need to stop playing pickleball. That’s not fun. Instead, taking a step back to see what’s causing knee pain is will help solve the problem.

Training aids defined are exercises implemented during exercise to relieve pain instantly. These work by offloading irritating structures and adding the load to the correct muscle or tissue. If a knee joint is taking too much force, it is wise to make the quadriceps take more of the load. When quadriceps are irritated and overused, glue activation is warranted. Training aids make this happen, fast.

Take Wendy (name changed for privacy) for example. Wendy was experiencing knee pain while she was playing pickleball on indoor courts. Her knees hurt most when running up to the NVZ and jumping. Her knees would ache after playing. Instead of stopping, she had her knee examined and given a training aid based on her diagnosis. The training aid that was most effective was banded side steps before playing, and in between each game. This allowed her quads to take less force and her glutes to take more. What was the end result? No pain. She could play longer and her knee wouldn’t ache afterward.

The training aid used most when the knee joint is taking too much force is a knee extension. The joint will take more load after a knee has experienced an ACL reconstruction, meniscal repair or removal, or a total knee replacement. Perform a knee extension by sitting down and letting the knee relax. Straighten the knee and then relax it. Repeat about 25 times. This helps the brain-to-muscle connection occur and allows the quad to take the force instead of the joint. However, this is only an acceptable treatment if training volume is controlled.

A sedentary human going from 0 hours of pickleball to 15 a week can be too much. This is akin to asking a 50-year-old male with no karate experience to kick a wooden board and break it. The body has not adapted to take on this type of force. So it is with pickleball, except pickleball can be much more addicting than kicking a wooden board. This isn’t to say that the 50 years could never break a wooden board, but he would need to train and build up. Again, it is the same with pickleball. Knee pain with pickleball can be FAR LESS likely to happen when a beginner starts with 3-5 hours a week. Add one hour weekly if no pain or extra fatigue occurs.

This is a simple but difficult task because most other players have been playing for several months and have built up endurance and adaptability for longer periods. So the phrase “one more game” sneaks in and the beginner is playing 10-15 hours a week instead of the original 3-5 he or she planned. This results in added force to the knees which have not adapted and boom- pain starts.

What’s the answer? Bringing the load back down and starting over. Yes, it may feel awkward to say no and take a nap instead, but the gradual build-up allows the tissues to heal and become stronger, so 10-15 hours a week will be no problem.

Overall, knee pain does not need to be an issue during pickleball. Simple training aids or volume monitoring are most commonly the easiest forms of treatment. When you feel stuck with knee pain and can’t figure out why, schedule an appointment HERE for an accurate diagnosis and treatment.